The continent of Orf is an isolated ecosystem where the most colorful and strange creatures cavort. In the southeast, it is bordered by the endless expanses of the Steppes of Arg, which gradually merge into the Vast Wastes, which then fall off into the faraway Nothingness. In the north, the drowned nation of Ohm forms an enormous aqueous barrier, which neither friend nor foe has yet been able to cross in its entirety. Last but not least, the False Ocean extends to the west as the third insurmountable hurdle that cuts Orf off from the rest of the world.

We write the year 1043 of the reign of Modius the Third, the unborn emperor of Andora. This figure has since been chosen by the continent as the uniform basis for the general calendar. Not least because recognized historians assure that the death of Modius the Third is not foreseeable. After all, he has to be born in the first place.

What I present to you now is a document found in the coat pocket of a foreigner who washed up on one of the countless beaches of the False Ocean. His origin is unknown and his death was confirmed on the scene. Apparently, the young man was a scholar who traveled the lands of Orf to write a kind of encyclopedia. Unfortunately, only a few pages were spared from salt and moisture. Those sparse notes I now present to the public:

This is part of a two-part series. Click here for the second part.

From the wet journals of a stranger

When I saw it for the first time, I already suspected that I would probably fall victim to its torrents one day. But at that very moment I had something else in mind. The pearly white crowns of foam, carried by the waves, breaking gently over the glittering beaches, immediately took me over. The seagull griffins that cried out so delicately and the small shellfish that fought their turf wars between seaweed and salt piles seemed to me to have been drawn from a wild, unpredictable painting.
The False Sea got its name from the fact that no one is able to cross it. At least not from this side. Every ship that sails far enough out will eventually return to Orf. Even if the captain adamantly adheres to the stars and his compass, the course will inevitably lead him back to a coast of this continent. A circumstance that unfortunately also keeps me stuck here. Nevertheless, this phenomenon also has its good sides. All the crazy people who live here at least can’t get away and cannot cause mischief somewhere else. 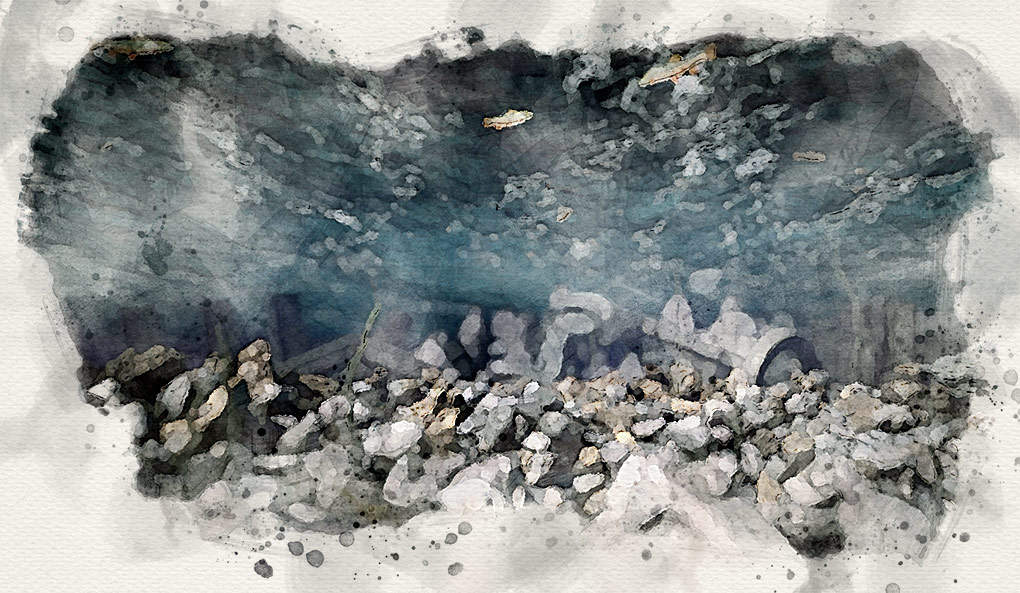 Note from the assigned historian:
Due to relevant political coercion, this entry was removed from the public archives. There is no reason to travel to the faraway nothingness. It is forbidden to travel into the far nothingness. Nothing of interest, value or importance exists there.

Eternal dunes of white, light sand spread out before you as you reach the end of the Steppes of Arg. At first sight it may seem bleak, almost empty, but that is deceptive. After a short hike you will slowly recognize images on the horizon. Huge monuments of a bygone era made of stone, half swallowed by the sand, stretch out towards the sky every hundred miles or so. Although the sight of these ancient relics takes your breath away, the main reason why people wander into this barren land in the first place is probably the hills of the past.
Big and small mountains of baubles and junk, scrap and clutter. Everything that once seems to have been lost, at some point appears in these white expanses. I myself have discovered several childhood toys there. How they got there is a mystery to me. Even the why is not comprehensible yet. It was nevertheless pleasantly tragic to revel once again in these memories of a simpler time.

What can one say about the madmen of the barren plains? That in their delusion they worship lifeless gas as the one true deity? That they can nevertheless somehow reconcile it with their faith to burn this so-called divinity in their fuming and screeching automobiles? Many things in Arg are difficult or impossible for outsiders to understand. The many ancient traditions that the local tribes cultivate can only be kept in mind with difficulty. You also have to pay attention to the renegade motor heads, who have far less scruples about robbing you of your possessions and your life.
But there is one good thing about these savages and their synthesizers. They keep the behemoths off our backs. Huge animals and monsters, many times bigger than all the other creatures on this continent. Wandering mountains that can crush you without ever realizing. It is said that some tribes have built entire cities on their backs without these beings even noticing. I myself have never been allowed to visit one, although in my time there I could certainly see some of these wandering giants on the horizon. 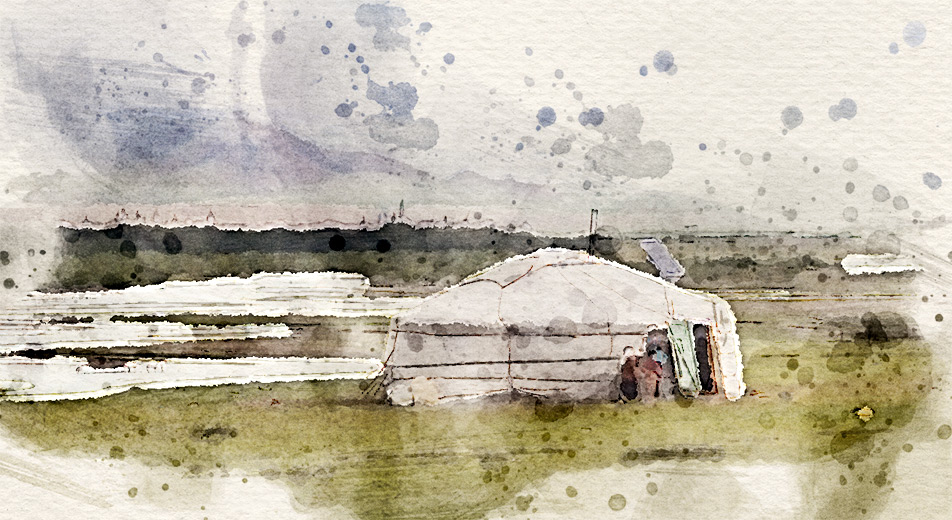 When you cross the Durmen, the mountain range that separates the Glorious Southern Lands from New Slomania, from the northeast, you are almost greeted by a different world. Away with the debris fields and destroyed landscapes. Only long river courses, deep valleys and high mountain slopes now lie before you.
The Glorious Southern Lands live up to their name, even if only because of the landscape. A picturesque, untouched nature stretches before you, only rarely interrupted by a village nestled between slopes and forests, where cheerful, good-humored characters go about their daily work.
The whole country is under the control of a king, who has gathered countless dukes, barons and counts under his command. Each lord and lady owns a part of the country, including its natural resources, population and magical frippery.
Every part of the southern lands is almost saturated with magic. What can appear as charged negative zones in exceptional cases is usually an accumulation of unreal phenomena and strange creatures. Mysticism and wondrous magic can still be felt here daily. Fantastic creatures roam free, appreciated by the inhabitants as magical helpers and rescuers in need. Even the simple animals are not freed from the common magic and sometimes even speak the human language. A circumstance, which has made me a little bit displeased with the venison at times.
Violence is frowned upon, disputes are resolved in honorable feuds or a person is chosen to go on a quest and settle the matter in a glorious way. The population displays a refreshing honesty and a distinctive pride that I sometimes painfully miss in other parts of Orf.
Every now and then, however, a threat is brewing on the horizon. Some crime is being committed and justice must once again be upheld. In these cases a kind of “hero” often appears on the scene, with powerful skills, who travels the land and pushes back the evil in an epic journey. A bit cliched, as I admit myself, but quite pleasant compared to all the other cruelties of this strange continent.

None of my stays was as uncomfortable as the one in the country of the 1000 city states. Once an empire called Slomania, it fragmented in a catastrophic event, about which nobody wanted to tell me more details and which seems to have been erased from all history. The country consists of countless individual districts that control and govern themselves. The absurd thing is that every single one of them considers itself the rightful heir of the old homeland, which is probably why the whole bunch is known as New Slomania today.
To make a long story short, the people are rude, dirty and die very early. Innumerable times during my stay I was insulted basically casually. Apparently, it is almost part of good manners here to appear as rowdy as possible.
I would like to make an assumption. All this behavior and the physicality of the inhabitants seems to be related to a material called ache-ore, which can only be found below New Slomanian soil. That, I would like to say, very uncreative name seems to correspond to reality here at least. Being near the metal causes pain over a large area, which gets worse the smaller the distance to it and the larger the amount of the ore in question. Not to mention the horrendous mutations that can occur in its vicinity.
But, and I apologize for any further digression, these hillbillies seem to find this still too natural. Because of the high mortality rate, not least due to the constant and ongoing battles between the states, a novel technology has been introduced. A kind of cauldron system in which new inhabitants are bred in no time at all. Of course, thanks to the unstable technology, again with high risks for cruel mutations, but if you look at the conditions in this country, it only seems to be a fitting addition to the rampant chaos that already prevails there anyway. 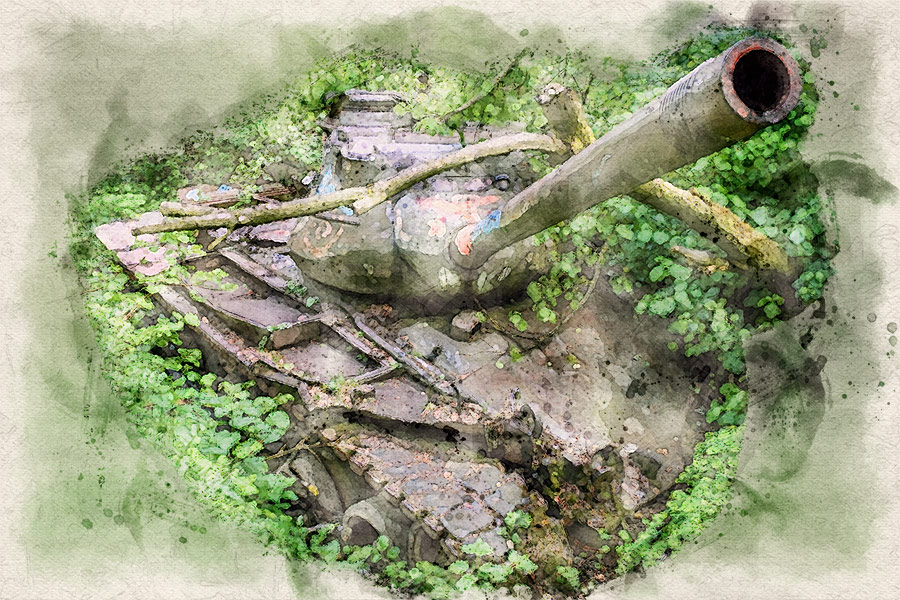 This is part of a two-part series. Click here for the second part.