The fruit to juice game part is mostly done. You can slice fruit, you can make juice out of it and you can fill that juice into bottles to finally throw them in to the trash. (I mean make money)

The worst part of this whole thing was the color mixing code. It is still pretty bad, but at least, if you mix the same fruits together now it gives you the same color as before, as instead of just something random, which it did in the past.

The recipe book is also openable and shows all the recipes you unlocked so far. If you have never made the actual smoothie before, instead of just showing ingredients it shows a small tooltip on what to mix together. A bit of a puzzle. After you made it the first time, it shows you exactly what fruit needs to be put together.

Every recipe also has its own little icon that gets put onto the bottle. So you can easily discern different smoothies you made.
(Do not try to shred your recipe book and make smoothies out of that… it will definitely probably not work maybe!)

Also: Trashcan! Also works in deleting everything you do not like! 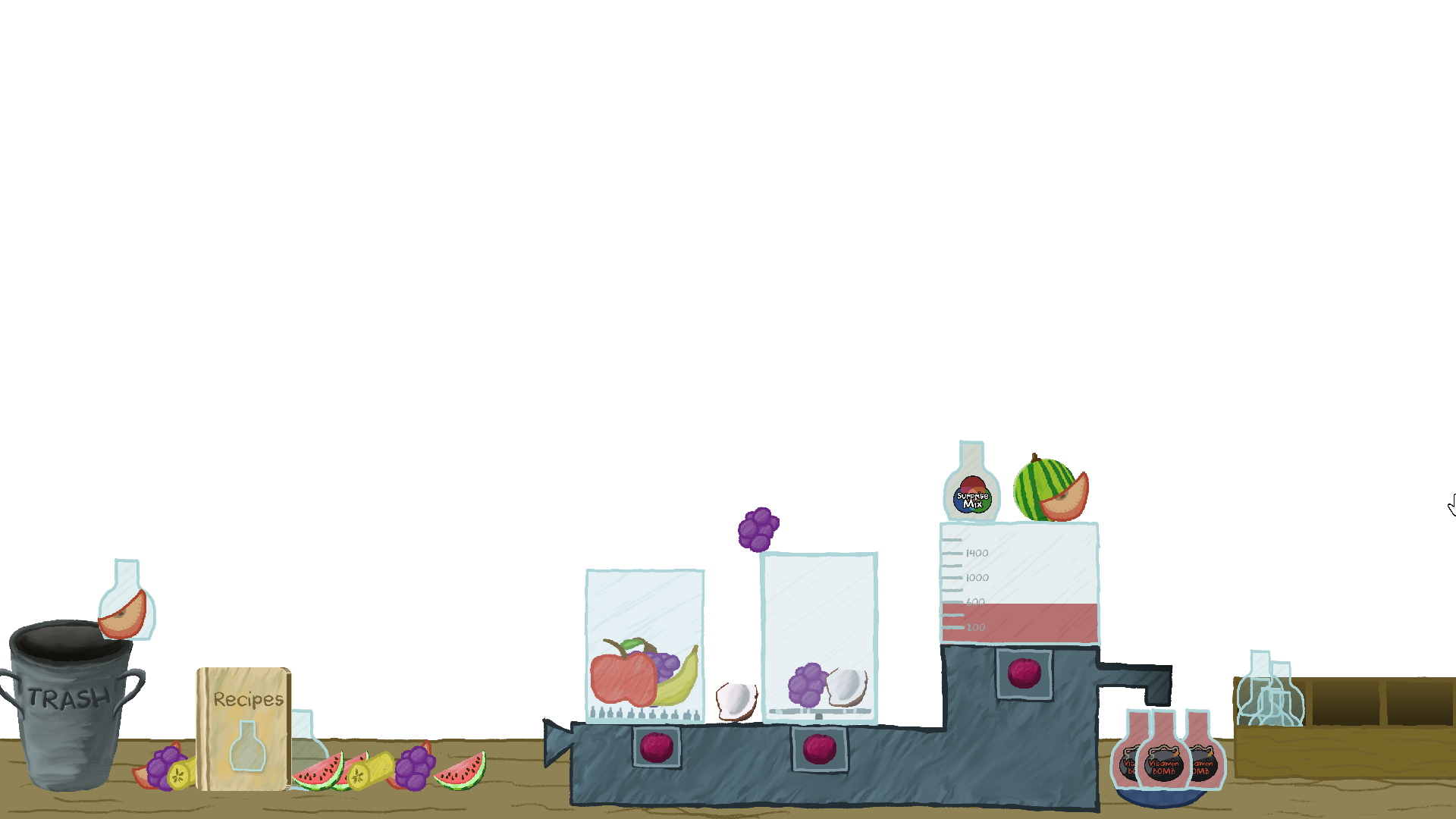